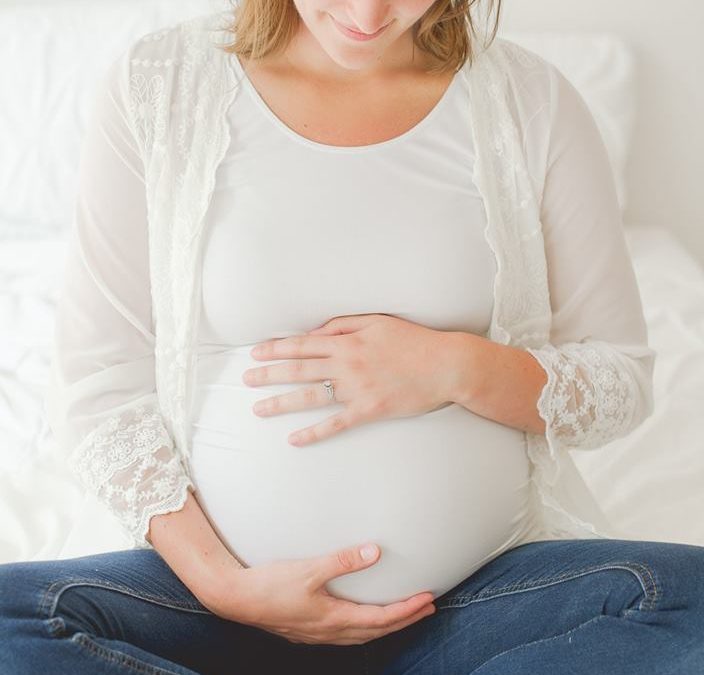 Not many people know, but I house a mildly crippling fear of pregnancy. It doesn’t haunt me or keep me awake at night; but, I do find I clothe myself in the fear of what if’s?

What if my body isn’t capable of creating a baby?

What if I cannot control my anxiety as they are growing inside me?

What if I am not enough for them?

If you’re like me, or even the opposite, I want to introduce you to a woman of extraordinary strength, resilience, and passion. TiAnna, a new mother of two, carries a story unlike any I have ever heard or witnessed. She experienced heartbreak in the form of miscarriages, infertility, and briefly in an unexpected diagnosis. However, the tablet of her heart is a testament to God’s sovereignty and His never-ending ability to create miracles in unlikely places. This is a God-composed story that changed my life, and I hope it can change a part of yours too.

Let’s go back to the beginning. The first thing I had heard about was your season of infertility. What was that like?

“Getting pregnant with Evelyn wasn’t super fast, but it wasn’t complicated. It took us maybe eight months, but it was on the longer side so I was totally freaking out. Then, we found out we were pregnant with Evelyn and that was great! However, we had come to this really immense place of surrender. When Evelyn was six months old, I turned to Joe and said, ‘I know this is crazy, but I don’t want to wait fill in the blank until we start trying again.’ He was totally on board, and we found out we were pregnant three weeks later.”

“Then, we went to the beach, and I saw these families of four and started getting excited about it. However, we miscarried a day or so later. It was horrible. I didn’t know the intensity of the mourning and the body pain…and there was so much blood. To this day, I think that was the worst day of our life. We hadn’t expected or prepared for it.”

“It felt a little bit like cruel timing, but looking back I see God’s gift of mercy in it. We closed on our house two weeks later and started a massive renovation. And, Evelyn could not sleep, so we were stretched thin.

But, I still had to wrestle with the question, ‘God, why did you give us a baby that was never going to live?’

So, the next following months, I got to meet like eight other woman who had gone through a miscarriage within two to three weeks of mine. And I got to sit in the misery and the brokenness with them.”

“Fast forward a couple months and we found out we were pregnant again in November. This one was a chemical pregnancy, so my period came on time but it was so short-lived. Most people would not have known they were pregnant, but I felt like something was off so I took a test.

Then, in February, we found out we were pregnant again. The due date was actually the same as Evelyn’s, so that was cool. They would be two years apart and all that.

This one was much harder. I definitely had to take my thoughts captive every day, and then, it did happen. It was a lot harder emotionally because this one was slow. We had time to pray for a miracle that never came. It was horrible.  Because I had a toddler, I chose not to process it as well. And the delivery was over the course of a week.”

“In God’s graciousness, we had a women’s retreat like a week later. So, instead of going to the retreat nauseous, I was heart-sick, shattered. But, God met me in my brokenness.”

“So, that was the end of the miscarriage season. I felt like God had given us this specific promise for more children and a family. So, I started to see a naturopath to see if my hormones were balanced, and they were definitely not. For eight months, I worked to adjust those levels. Meanwhile, we were already starting to try again.”

“14 months after our last miscarriage, I told Joe that we should go to the doctor because nothing was happening. What we found out was I wasn’t ovulating; so, we started using Clomid to help. The maximum time frame someone can use it is six months, so it was a limited effort. On the last month of the doses, we found out we were pregnant with Andrew.” 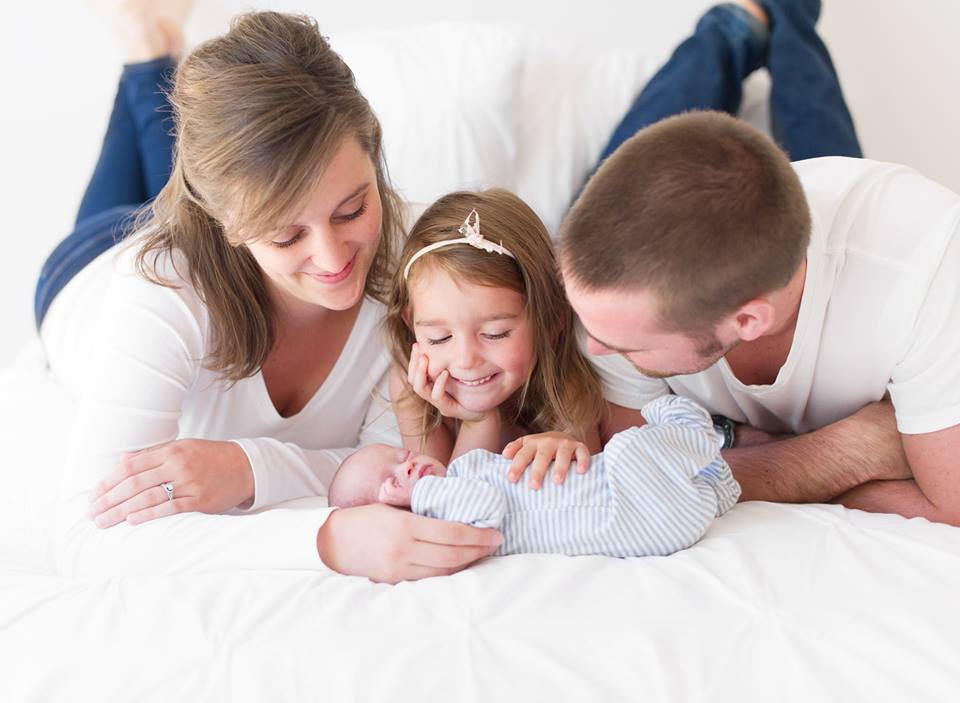 When you received the diagnosis, you posted on Facebook about the reconciling process. Your level of transparency touched my heart in an overwhelming way. Can you share how that experience came about?

“The whole thing was amazing, really. I woke up on a Sunday and had just had a very vivid dream that I had birthed a baby with spinal bifida. The only other time I had dreamt in this way was when I dreamed that Evelyn was a girl. So, I felt like it was another God-dream and it made me curious.  When I went in for an  OB appointment the next day, she asked me if I wanted to do this particular screening that checked for spinal bifida, trisomy 13, 18, and Downs Syndrome. Typically, Joe and I are the kind of people that don’t do procedures or tests that we aren’t required to do. But, when I heard spinal bifida, I immediately said, ‘do it!’”

“On the following Friday, I got a call that said, ‘you’ve been flagged for an increased risk factor.’ Basically, it gives you a percentage of the likelihood of having the different diagnoses. We were 1 in 32 for Down’s Syndrome, so we were asked to wait two weeks.”

“I got the call within two weeks, and you just know when they call you. She said, ‘The doctor would like to see you at 1 pm.’ Joe almost didn’t come with me, but his boss suggested he leave work—from Portland—to go with me. And, I had asked my mom to watch Evelyn, but she had planned for someone else to do it, so she could wait in the waiting room.

So, we were waiting for the results and the doctor said, ‘you’re child has Down’s syndrome.’ It was the weirdest twenty minutes of our life, and I asked her to pause so I could let everything sink in. It was so much information to take in, so I am so thankful that Joe was there because I couldn’t have been able how to do it. We just cried all day. We mourned it hard. We were mourning the expected, the expected life we had. He is going to be different his whole life, but it is also our whole life.” 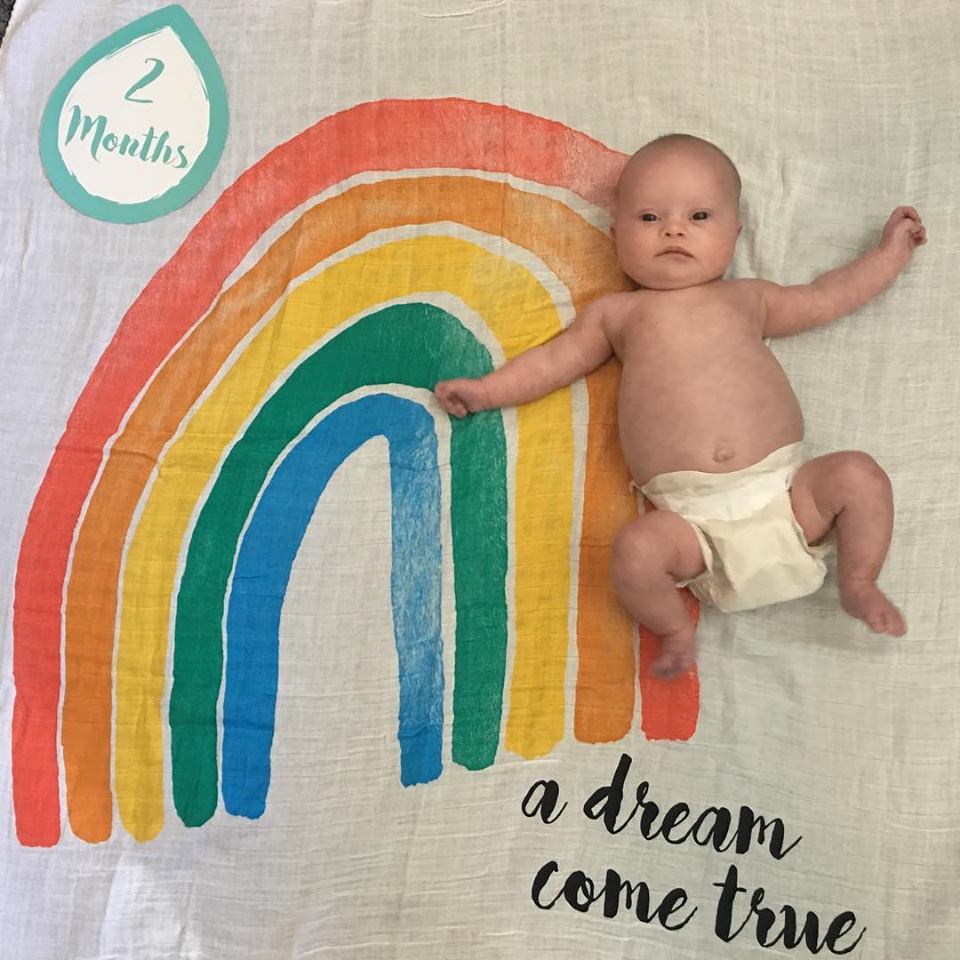 How have you been able to reconcile your immense brokenness with God’s love, as a human being?

“The brokenness of the miscarriages was much bigger, and I wrestled with it more. I sought out counsel because I couldn’t figure it out. Time ended up being the healer on that one, and I still don’t know the answers. God is faithful, babies or not. God is faithful, death or not. His faithfulness is not contingent on our circumstances. Whether he chooses to bless us with a child is his mercy. He doesn’t owe me anything.”

“I was just telling someone the other day, with Andrew’s diagnosis, I was really wrestling with questions the week before he was born. I wasn’t excited. Now that he is here, though, all there is is love. The questions still aren’t answered, but I’m not bothered by them. Certain questions we aren’t going to get answers to, and it stinks. But, I am becoming more comfortable with questions that are left unanswered.”

What scriptures have been your anchors?

“Reading through Genesis was powerful. We all know about Sarah, but other leading ladies—Rebekah and Rachel–had to wait 20 years to receive God’s promise. I also loved the verse in Ecclesiastes that says, ‘He has made everything beautiful in its time.’”

“I also asked other women what verses got them through because I needed more. Because I would often feel foolish in my hopefulness each month what I received was this: Romans 5:3-5.”

“Not only so, but we also glory in our sufferings, because we know that suffering produces perseverance;  perseverance, character; and character, hope.  And hope does not put us to shame, because God’s love has been poured out into our hearts through the Holy Spirit, who has been given to us.”

After finishing this conversation with TiAnna, a woman who has carried deep hurt, loss, and suffering, I was reminded how small fear is when it is wholly laid at God’s feet. I sat across from a woman who could have and—in the world’s eyes—should have been wrapped in bitterness and walking on paths of anger. Yet, there she sat, with her blessing of a son sleeping on her chest. The words hope, peace, and faith fell from her lips in a gentle cascade of truth.. and I was all but swept away.