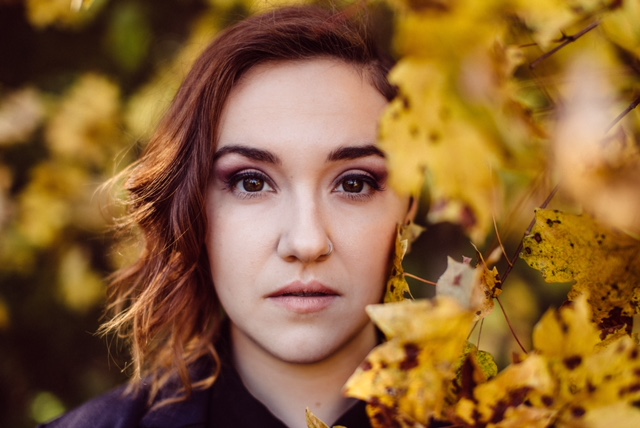 Behind-the-scenes: Cece, or Chelsea, and I met when I was 18. She was vibrant and alive, while I was still seeking my own identity and passion. Music, people, and laughter are what motivate this woman to live life richly. She currently works alongside a young adult on the Autism Spectrum, and finds joy in living with friends in Eugene. Enjoy an inside look into the word broken and how God has used it to transform her life.

How has the word broken been a part of your story?

“I feel like this is a two part thing.”

“My senior year of college was when I felt the most broken. I was working through a lot of doubts—not necessarily of God’s existence—but of ‘who am I?’ ‘What is my purpose?’ I had hit this place where I thought to myself, ‘I don’t know anything.’

I think as you get older you can think, ‘Wow. I am so wise now.’

But, then you can also think, ‘Wow, I am still so naïve.  I still don’t know anything.’

So, I had been dating my boyfriend for about a year and half, and he was my first boyfriend. I felt very uncertain. The questions of ‘what if’ were there too. What if I was settling or was naïve? I was wrestling, but I didn’t want to be in this kind of uncertainty. I prayed, cried, and I felt like God was asking me to be single. I didn’t understand why, but I knew it was supposed to happen.

Eventually, I wrote him a letter and broke up with him.*

I was heartbroken. I felt alone and hurt. That’s when I started going to counseling. My counselor was helpful in this season of my life, where I felt so uncertain about everything.

Through my meetings with her, I began to realize that it wasn’t that I was doubting my boyfriend or our relationship, but I didn’t know who I was.

I don’t know if it was because of the way I was raised, but I felt scared of making any kind of mistake. I had always thought the world or life as a Christian was a narrow path. You are walking down this path and you have to stay on the narrow path…and that is what leads to Heaven…or something. I felt like it was the only way I could go.

So, I was walking on a tightrope I was afraid to fall off of… and I feared if I fell, I could not get back on. But, what I couldn’t see was all of the other ways I could go after falling off the tightrope.

Honestly, if your eye is still on the goal–still focused on living a life that glorifies God–then it doesn’t matter how you get there…because you are going to get there.”

But, what I didn’t realize was that I was putting so much focus on letting other people know how loved they were, that I wasn’t loving myself.”

I didn’t know how to love myself.

“I think a lot of that stemmed from growing up not thinking I can live up to the expectations that were put on me, like trying to be a straight A student. I wasn’t skinny enough. I wasn’t fill-in-the-blank enough. So, those beliefs carried on with me into adulthood. And I didn’t know they were still there, underneath the surface.

So, I was relying on my boyfriend, Dan, to love me. I didn’t actively love myself because whenever I felt down, I would turn to him to make me feel better. I would look to him to love me when I felt unlovable…as opposed to loving myself. That was a huge thing….to realize I needed to focus on myself and it was okay to love myself.

* I can happily say Dan was very patient during the seven months it took Cece to figure out her brokenness, and learn to love herself how Jesus loves her. Dan and Cece have been dating again for almost three years, and their relationship is stronger because of this journey.

There exists a need in each of us to be known, loved, and cared for by others, by God, and by ourselves. Meeting with Cece and listening to her honest words exposed my own need for a deeper love than I currently have for myself. We all can get to a place where living loved becomes nearly unbelievable; but, today, I want to encourage you to believe you are not alone, and lean into the overwhelming love God has for you.